This college was initiated by the benevolent social works of the locality in 1985, on 27/01/1985. This was an important and initial landmark in the progress of higher education at Ranishwar Block, one of the oldest Block (a project of the period) of old Bihar. Before the initiation of this college only matriculation level education imparted by the 4 high school including Amjora S.C English high school, an oldest one of Dumka district. Initially Intermediate level education was imparted by this college & gradually just after two years Degree level education was started & people of the area held a meeting on 05/05/1990 and decided to open a separate system of imparting degree level education at a separate college and the same name was proposed by the people and that was another land mark in the progress of degree level education in this locality, which was totally neglected in the field of higher education as, this area is far away from Dumka Subdivisional headquarter and there was no college in around 50-60 KM radius of the area. So the students were compelled to remain satisfied with matriculation level education in this area. At present our college has the added challenge of catering education primarily to the economically under privileged section. Our task is to offer quality education with social, moral and ecological coded to the rural region. More specifically our vision is to lead and guide our students in their path of success and progress set on prosperity and posterity. The vision is to produce students who excel in their chosen fields academically and professionally. We aim at imparting education that not only propels the students up the career ladder but makes them responsible citizens. The avowed motto of the institution is to discipline the human mind ultimately leading to inner freedom and harmony. The real greatness of a passion depends on his mental make up its stature and poise as embodied in the line picked from Thirukkural. The core mission is to strive from excellence in our academic social pursuits upon which the 31 years old foundation and faith of our college lies. The quest for the holistic development of students has been getting the discussion making of the college is to contribute creatively to the enrichment of the intellectual and manpower resources of the nation. I feel little introduction of historical phenomena of the place Ranishwar where the college is situated is necessary to give emphasis upon our esteemed institution. As stated above that Ranishwar Block is one of the oldest one of joint Bihar, it is notable that a horrorful background of Hool Movement is attached to our Block. During that period a great mass people gathered at ‘Deguli Dohar’ of this Block on the bank of river Mayurakshi, and the crural British came to know the gathering and sent a troof of force to the spot and fired blindly on the mass gathering and hundred and hundred people lost their lives colouring the water of river Mayurakshi red, it was a sad event in the past history of this area. Secondly Dr. Rajendra Prasad the first Indian President visited our place in 1939 during the freedom movement to make the people of the area alert about the movement. A Shiv Mandir is situated at Ranishwar where a ‘Telpura Mela’is held and thousand and thousand people gather to offer puja every year in the month of April. Name of the place Ranishwar was given historically by the Rani Dropudi during her visit to this area in disguise many many years ago. However students are admitted here on the performance H.S Examination adhering to Govt. reservation policy. Most of the students admitted are from schools and Inter colleges where the medium of instruction is Bengali. They have a very low socio economy background. Most of them are first generation learners. Their parents have never touched the portable of higher education in their life. The mission is to help the under privileged rural students to move up in the academic and social pursuits. This college wishes to submit the Institutional Development plan for the next eight year of plan focusing on improving the academic success of the students, increasing their learning outcomes and employability. It is envisaged to make the institution more effective through strengthen up of infrastructure and improving the quality of teachers. The SWOT analysis is used to draw up the strategic plan on a process of involvement of all the stakeholder. An institutional strategy was formulated keeping in view of its vision, mission and values. Strategic goals are in term of education, human resource, organization and infrastructure for the preparation and action plan. 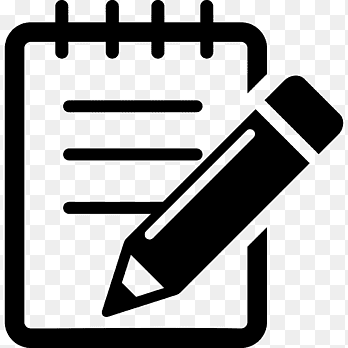